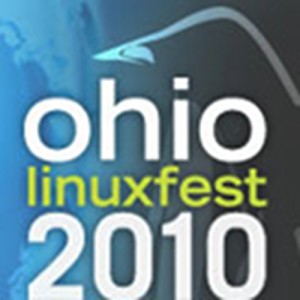 I had an awesome time at Ohio Linux Fest 2010. I met a lot of interesting people, caught several really good talks and had a chance to take the LPIC 101 and 102 tests. It was a great mix of hobbyists, systems administrators and programs and I took it as an opportunity to expand my knowledge on all fronts.

First the Keynote by Stormy Peters brought up several interesting dilemnas with storing your important personal data in “free” as in beer web services. What would you do if, tomorrow, you received a message at the gmail.com login page that said your account was locked out for your security and couldn’t be reactivated for any reason? Hmmm?

Next up, I met Phil Robb from the HP Open Source programs office. I congratulated him on HP’s wonderful work with the Proliant Support Packs on Linux. We love them and use them daily. On Sunday, after the LPIC-1 test, I had a chance to meet Jon “Maddog” Hall and spend a few hours discussing project Caua

Finally, I had a chance to take LPIC-1 and passed it, so I am now LPIC-1 certified. When I first got into comp-sci at the University of Akron I was exposed to the old school Unix culture that frowned upon the certification mania that ensued in the late nineties. As time went on some of the certificates began to gain some respect such as the CCNA and the RHCE. I decided to get the LPIC because it provided a framework within which I would expand my breadth of Linux knowledge. I have been doing this since 1998, so it wasn’t too terribly hard, but I had to update and clarify my knowledge in a few realms, such as Debian package management. It was a wonderful end to a great weekend!