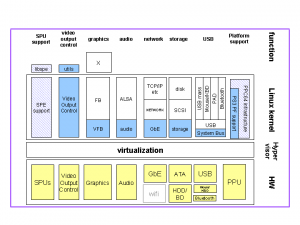 Last week Ksplice announced free no-reboot kernels for Fedora which sparked off some interesting conversation about uptime over at the Standalone Sysadmin. Honestly, I ran across Ksplice a while back and I thought to myself, huh that might be useful for a certain niche, I added to a wiki page that I use to track such things and I moved on with my life. When the subject came up again, I decided to blog about it a bit.

Uptime, is it important? Well, like most things in computing I think it depends on your use case. In a scenario where you are running a large MySQL server based on a Red Hat Cluster suite style software, it could be. This is because fail-over is not instantaneous. It can take minutes or hours for a large database server to warm up all of it’s buffers. This can create a user experience outage.

To that point, I currently have a server which has been up 1670 days. That is a little over 4.5 years without a reboot. This leads me to the question. In today’s age of redundant power, network, drives, fans, CPUs, memory, etc; can we expect servers to remain up their entire production life-cycle? If so, rebooting is reduced to another contingency system similar to clustering software, better if if never necessary. In which case, Ksplice might have a niche.

As I mentioned at Standalone Sysadmin I suspect the utility provided by Ksplice is aimed at PCI DSS, and other compliance standards, but apparently, there is debate as to whether this is actually so. Also there is no mention of compliance in Ksplice’s FAQ.

On a second guess, I would think Ksplice is hoping to get it’s self in with vendors such as Red Hat, at which point it would be able to provide compliance based kernels.

What do you think?