As a Solutions Architect for Red Hat, I have access to a very nice internal lab. This lab is great for giving demo’s but it is not set-up for personal use. As such, almost all of the Solutions Architects set up their own lab environments. Since, I recently came from working at a data center, my lab is set up almost identical to a real data center. As part of sharing with the community, I will document it here. 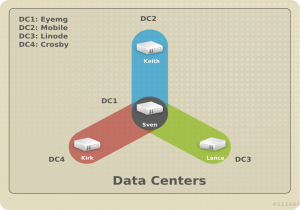 At layer one, the physical layer, my lab is composed of four different physical locations. 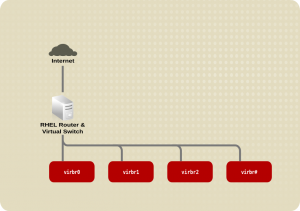 There are currently several virtual bridges at each site: 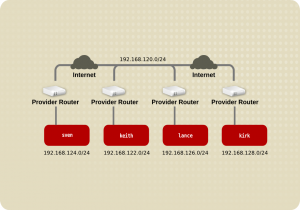 This post will not document layer 4 and above services. These services will be documented in a a future addendum.