Skip To Content
Software Collections and the Developer Community

Gartner has developed the Pace-Layered Development model to describe different kinds of software development. Within this model, it is popular to purchase ISV software when building Systems of Record and sometimes even Systems of Differentiation. Think of software such as SAP, SAS, Hortonworks, or even Cloudera in this space. ISV software follows a regular release cadence and align well with Red Hat Enterprise Linux’s release cycle and methodology of backporting.

At the other end of the spectrum, custom built software is quite popular when building Systems of Innovation and Systems of Differentiation. Systems of Differentiation might be described as custom software that often focus on generating top line revenue for a company. Think marketing sites, new products, or mobile development. In this space Ubuntu, and other distributions have become quite popular because the focus is on features over stability since the software system being developed will likely change thousands of times over a 12 month period.

This is where Red Hat Software Collections comes in….

Deploying your application with Software Collections (RHSCL) is awesome because:

Historically, if a developer wanted PHP and MySQL on Red Hat Enterprise Linux, their options were limited. They could use the version that comes with the operating system, or build it themselves. Using the the version that comes with the operating system, would mean that it was older and older throughout the Red Hat Enterprise Linux lifecycle, which is ten years. Building from scratch meant that all compiling and patching had to be managed by the operations team. Neither of these is particularly desirable for developers.

RHSCL is meant to provide developers with a better alternative. RHSCL has major and minor version numbers and spans at least one major version of the OS. Per the example below, RHSCL 1.X is supported on RHEL6 and RHEL7 and will be supported for up to 36 months. 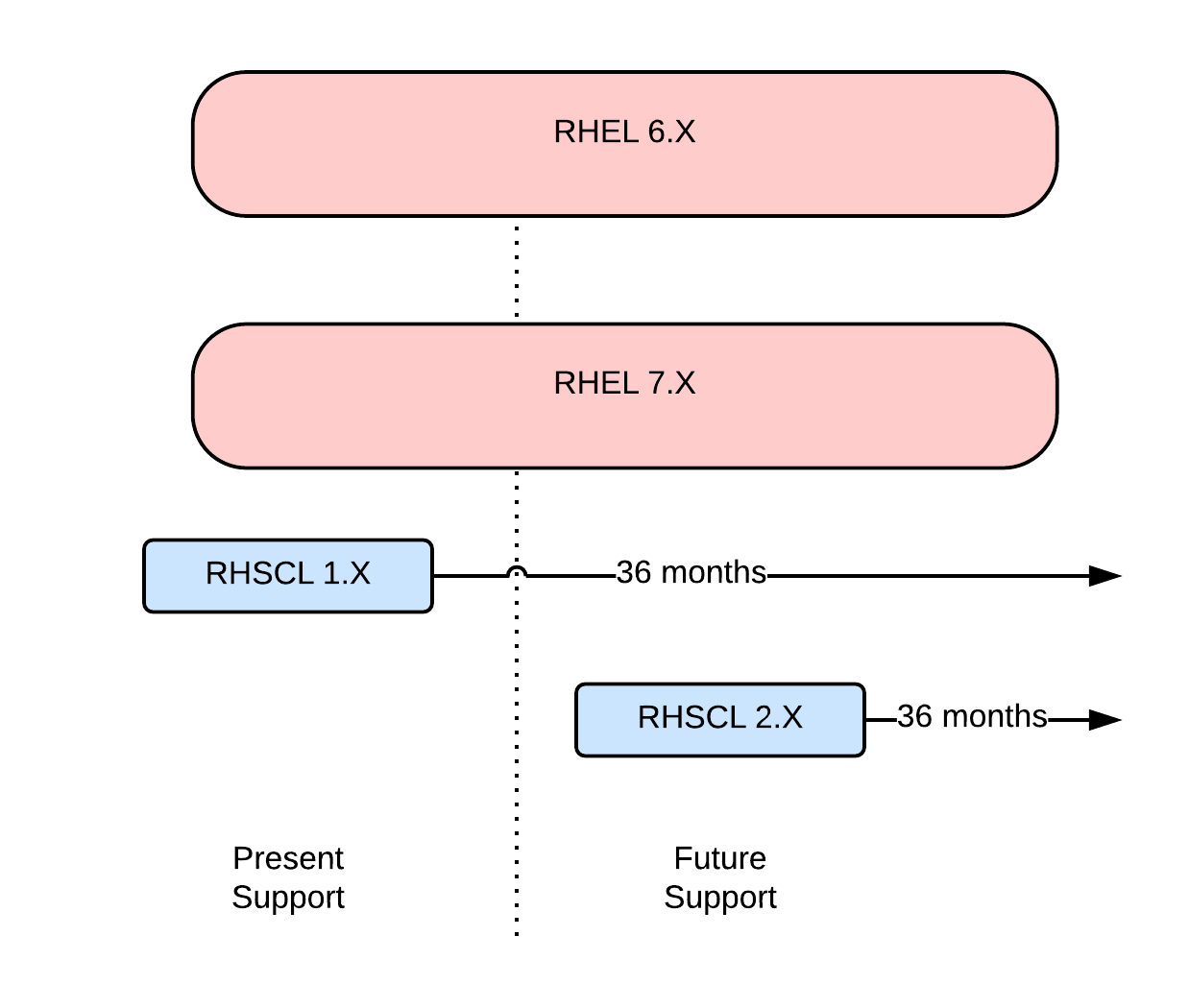 Red Hat Software Collections provides developers with newer versions of tools that they want, while relieving operations staff from having to compile support all of the packages themselves. If you haven’t checked out RHSCL, give it a try.

One comment on “Software Collections and the Developer Community”